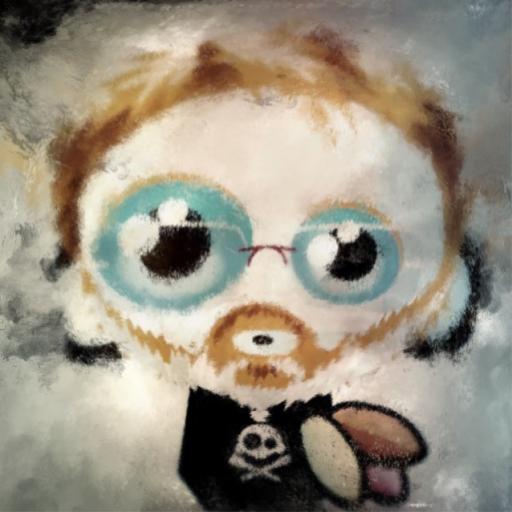 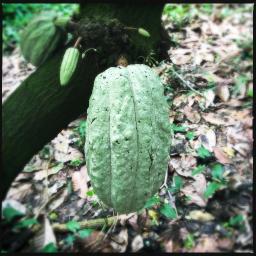 Mexico occupies a special place in both the genetic and socio–cultural histories of chocolate . Despite that importance, very little is known about Mexican cacao because very little of it leaves Mexico.

Two states, Tabasco and Chiapas, produce the majority of cocoa in Mexico, with Tabasco producing about 18,000MT (dry) and Chiapas another 4,500MT annually. (There are small amounts in Oaxaca and Veracruz.) Of this roughly 22,5000MT, it is estimated that less than 100MT is exported each year.

The reasons for this are complex, but one large contributing factor is that cocoa processors in Mexico are required to buy up the local harvest before they can import from other countries. What this does is create a situation where the farmers have guaranteed buyers for 100% of their production, irrespective of quality. As a result, the price the farmer can charge for unfermented and washed cocoa in the domestic market fluctuates around US$5.00/kg - a significant premium to the current world market price for fermented cocoa, and three times the farm gate price in most places in West Africa.

Well-fermented cocoa easily commands $7/kg on the domestic Mexican market and specialty cocoas (criollos, some ancient and some new) can fetch prices of up to $11/kg. So it’s easy to see why export volumes are low.

Last November, I had the good fortune to be invited down to Villahermosa in Tabasco, Mexico, to participate in the annual Festival del Chocolate. Despite being relatively young (less than ten years), the festival attracted more than 200,000 visitors over the course of its five day run in 2015.

While there I also visited Rancho La Joya (the source of the infamous ‘carmelo’ cacao), as well as other farms - small and large; a big new post–harvest processing facility; and a small chocolate factory.

What I saw was cacao – even at La Joya – was being fermented and dried under less than optimum conditions. Based on my experience with the Academia de Cacao  in Nicaragua, I knew that scientific methods could be applied, and fermentation and drying protocols developed, based on the specific genetics being grown and the microbiology of the fermentation pile – the yeasts and bacteria (lacto- and aceto-) – endemic to the region.

I also learned that the government of Tabasco had invested a lot of money in a public/private partnership to expand production of high–quality varietals. I discovered that the partnership hadn’t put a great deal of thought into how they were going to sell the cocoa they were gearing up to produce. They just assumed white beans == criollo == international buyers at high prices. In part based on one legendary transaction.

This is loosely analogous to what happened over the last decade in Perú, where USAID and NGOs, working with the Perúvian government, had done a good job of growing supply without really thinking about demand: Tabasco was set to increase production of quality varietals without really thinking about how to market that cocoa internationally (or price it). Eventually, this led to major elements of the programming for the Salon del Cacao y Chocolate — bringing down international visitors to get a deep dive in Peruvian culture, meet growers, and, hopefully, buy a lot of cacao.

In addition to the Festival del Chocolate in November, there is another Festival hosted in Tabasco mid-Spring; Feria Tabasco. Dating back to 1786 and held every year since the early 1950s, in recent years the attendance at Feria has surpassed 2,000,000 visitors (with over 1000 vendors and exhibitors) over the course of eleven days.

While in Tabasco last November I conceived a project that combines my experiences in Peru with my work with Ingemann in Nicaragua. Encouraged by my hosts, we presented those ideas to the Ministries of Agriculture and Economics as well as to the head of the public/private partnership. Encouraged by the unofficial response, I collaborated with three partners – two in Mexico and one in Europe – to write a project plan that was submitted to the Tabasco government in early January.

In broad strokes, the idea was to create a competition to search for the best cacao in Tabasco and to use the competition as the platform to gather together a project team that would work with selected farms (the first year between 10 and 20). The team would perform genetic and microbiological analysis and work to develop optimum baseline post–harvest protocols to ensure that the cacao was being fermented and dried respectfully.

The project and competition would be formally announced during Feria (which runs from April 28th through May 8th this year) in order to gain maximum attention from within and outside of Mexico.

The competition would be judged, and prizes awarded, at the 2016 Festival del Chocolate in late–November. As at the Salon on Perú, chocolate professionals and members of the press from all over the world would be invited down to Villahermosa to judge, to celebrate Tabasqueño food and culture, to become steeped in the long and proud tradition of cacao in Tabasco, and to have the opportunity to be among the first buyers of the cacao being produced.

After nearly six months of work and waiting, I am happy to announce that the project is starting, with me as the project lead/coordinator. I am flying down to Villahermosa on April 28th for Feria to meet with the project team, members of various ministries of the Tabasco government, and many of the farms and farmers we want to work with.

For me, personally and professionally, this project represents a watershed period in my life and career in chocolate. It’s a project I conceived and that I get to lead. There is a focus on quality while also building export markets. The project stretches from the farm to the factory to the mouth. I get to work with a group of extremely talented and dedicated people and there is the chance that the project could make valuable contributions to our understanding of the genetics of cacao in Mexico. I am also very excited that the project team will also be working with the Mexican federal government to help identify the technical parameters for a formal protected denomination of origin (PDO) for Mexican cocoa.

it also means that I will be doing a lot of traveling to Mexico over the course of the next six months — at least. I will be posting on TheChocolateLife.com to keep people in the loop, and the project has secured the domain name CacaoFinoMexico.com which will become the hub for promoting the project’s work and progress (there’s nothing there now and won’t be until after I return from this first trip).

I hope that you will follow the project and that you will consider visiting Tabasco in the future – for Feria, for Festival, for the food, and of course, the cacao and chocolate.

[Edited on 4/23 to fix typos and grammar and to improve clarity.]


Thanks for sharing this article/story Clay. I used to live in Mexico and that place has many natural wealths ♥


Our project does have a name: Grijalva.

The name was chosen to refer to the region which includes the watershed of the Rio Grijalva, which starts in Chiapas and wends its way through the Chontalpa region of Tabasco (named for the Chontal Maya), before emptying into the Bay of Campeche - the southern bight of the Gulf of Mexico.

Not coincidentally, Grijalva is also the name being used for the protected designation of origin (PDO) being developed in conjunction with the Mexican federal government for cacao that is nurtured by the Grijalva watershed both in Tabasco and Chiapas.


I did not mention the rest of the project team in my initial post for several reasons. They are:

Alejandro is located in the city of Comalcalco in the state of Tabasco, and his family operates Chocolates Wolter, which has been making chocolate in Tabasco since the 1950s. In addition, they operate a working cacao farm and Hacienda La Luz which is a focal point for chocolate-themed tourism in the region. Formerly employed with various departments of the government of Tabasco, Alejandro is the project's key link on the ground in Tabasco with connections to the farms and farmers as well as the state and federal government.

Located in the city of Puebla in the state of Puebla, Elisa sources cocoa from Mexico, Peru and elsewhere, for some of the world's most renowned chocolate makers. Elisa provides important understanding of the national and international markets for cocoa with experience in Europe and Asia. Elisa has special affection for Mexico’s endemic cacao, and works on various projects in specialty vanillas, which are also endemic to Mexico.

Zoi, who is now located in Brussels, is the science and technical lead for the project. Her work on post-harvest processing is known worldwide, and she is largely responsible for the development and implementation of the post-harvest practices and flavor-steering protocols used by Ingemann in Nicaragua. One highlight of that work is the development of six commercially available flavor profiles from a single variety of cacao - the Chuno.

You may consider not spending a great deal of time on identifying exactly which species of what microbe are there, but rather focusing more on the fermentation and drying itself as the main 'levers' to pull.  Regardless of what you do, I'm sure you'll enjoy it!

The project team includes Zoi Papalexandratou, whose work with developing flavor-steering protocols with Ingemann down in Nicaragua - and elsewhere - is very well known.

Understanding microbiology is a small - but important - part of understanding fermentation (we feel) and in developing protocols to achieve specific results. But also, we can compare the microbiology in this part of Mexico with other parts of the world where Zoi and others have worked to help build a more comprehensive picture of the organisms present in wild ferments. We will, of course, be collecting data on temperature, brix and pH levels at the point of harvest (pulp; and for the cotyledon as a part of the genetics workup) and monitor them and other parameters during fermentation. We will also be taking a close look at the change of pH over time in the cotyledon (starting pH, changes during fermentation, and ending pH) as a marker for the completion of fermentation.

One complementary research area that is not a formal part of this year's project would be to see how the current approach to fermentation of, say, carmelo,, which is mostly based on tradition and phenotyping, compares with the more science-based approach. We are exploring collaborating with ITSEM in Monterrey and UJAT in those areas.

PS. Are you going to be at the Cacao Science/Sustainability conference at Penn State at the end of May? Some of my work in flavor visualization done with and for Cocoa of Excellence will be presented there. I am going to be there so perhaps we will finally get a chance to meet in person.


No worries - just some friendly suggestions from someone who's travelled that road quite extensively, with unreal resources, and knows how the movie ends 8-)  Regardless of the path you take, i'm quite sure you'll have new learnings for yourself, and will enjoy the path taken!


Good stuff!  I rarely read any of the blog posts (in fact i'm not even sure i know there was that feature - i'm a creature of habit) - but this caught my attention on the side panel.  You may consider not spending a great deal of time on identifying exactly which species of what microbe are there, but rather focusing more on the fermentation and drying itself as the main 'levers' to pull.  Regardless of what you do, I'm sure you'll enjoy it!