Clay » Groups » Chocolate Down Under » Discussions » Starting Out...advice on machines 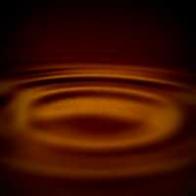 So, I wish to make my own bean to bar chocolate for the primary reason that there is no 90% chocolate to be had in Australia (I currently buy it from the UK) and becuase I would just love to do it (ok, part of me is wondering If I could have a little side line business in the future...maybe).

A good starting point without spending to many thousands seems to be to start with nibs (thus avoiding for the moment issues of cracking and winnowing...maybe at a later date). What I need is a grinder, conch and ideally a tempering machine.

How easy life would be if I were in the USA - I could have the equipment purchased and on its way in minutes...but here in Australia (worse still Perth) it's a whole different story.

CocoaTown will ship a 220V version of the ECGC-12SLTA will grind and conch up to 3.5kg - sounds like a great starting point (even if it is an extra $280 to ship!). But now what I have been told by another company (see below) makes me think it mat not work as the USA is 60hz and we are 50Hz....has anyone used a Cocoa Town ECGC-12SLTA here in Australia?

I contacted Chocovision about their MiniRev tempering machine (even though it is 110V) because I can buy a cheap transformer - but they refused to sell it to me because they have assured me it will break very quickly because of the Hz difference. I contacted a couple of Australian Companys that say they sell tempering machines (though they look expensive and at 12L probably far to big) but neither company could be bothered to reply to me. Is anyone actually using a small tempering machine here in Aus? If so what make and where can I get one?

No wonder there are only four bean to bar makers here in Aus! At least one of which only uses antique equipment (all they could get I should think!). I contacted another bean to bar maker who I know is of a small scale, but no reply from them either....

Thanks for taking the time to read my post and any advice much apprecaited.