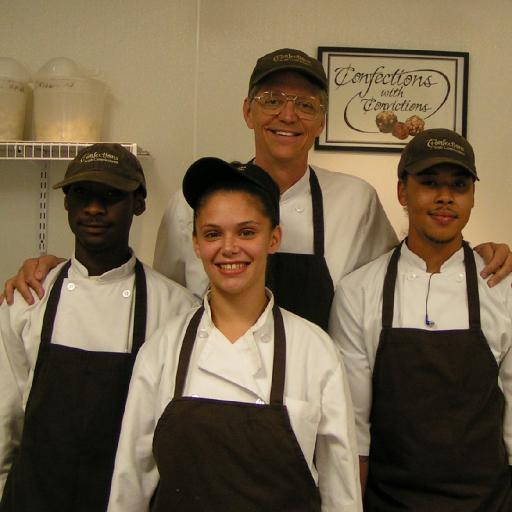 Dale Anderson, chocolatier and the founder of Confections with Convictions, has worked as a counselor with young people in the court system for several years. Through this work it became clear that talk therapy—while helpful—was often not enough to overcome the many barriers they face. Dale wanted to develop a more powerful way to help them become successful members of society.
As a licensed residential builder, Dale first thought of starting a construction business to employ and train these youth on the job. This project turned out to be impossible, due to child labor laws. While he pondered next steps, he made a joke which was to become a reality.
After buying a box of artisanal chocolates, he joked that maybe he should open a chocolate shop instead—and call it Confections with Convictions. The joke reflected the fact that he intended to hire youth with criminal records, as well as his desire to incorporate socially responsible principles into his business. The idea stuck with him, and a few months later he became convinced that it had potential. Many of the youth are kinesthetic learners—ones who learn by doing. “The work would help them learn work and life skills on a job they are paid to do. We’d use only wholesome ingredients and sustainable business practices.”
Dale spent three years studying and practicing the art of making fine chocolates then put his construction skills to work renovating a building for his shop on Crosstown Parkway in Kalamazoo. Confections with Convictions openened in December of 2010, and now produces fine artisanal Fair Trade/Organic chocolates and fine young citizens.


Sorry, I posted this question on...
@Dale Anderson 7 years ago - Comments: 6

Posted a response to "Dipped Caramels"
"I cut my caramels with a "cheese knife" (Dexter brand). It's a long straight knife with handles at each end, and cost about $25. I mark off the..."

Posted a response to "Looking to purchase display case with temperature and humidity controls (65 degrees, 43%)"
"I recently replaced a used and no longer functioning candy case with one from Alternative Air. The new case was reasonably priced (relative to..."

"A source I use for foils is Linnea's Cake & Candy Supplies. The link to the foils is here:..." 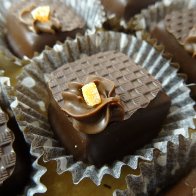 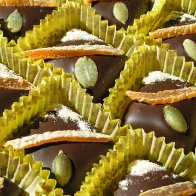 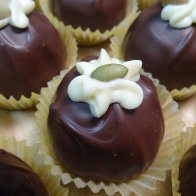 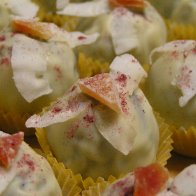 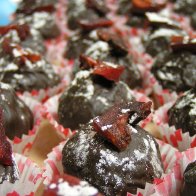 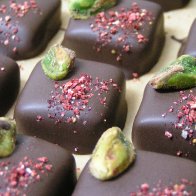 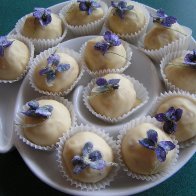 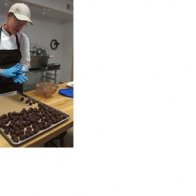 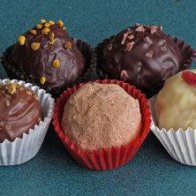 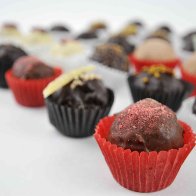 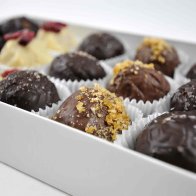 04/02/12 10:13:44PM @mimi-wheeler:
I do have a substantial amount of chocolate on hand at current time. I did get a big shipment in while we were communicating. I am very interested in your 65 and 70 percent and likely to purchase from you in the fall. maybe earlier... I hope to visit first week of May. I'll get back to yo.I suggest that we communicate more directly. My email is Mimi@grocersdaughter.comthanks so much Dale. I really look forward to meet you! thanks, Mimi


I'll give you a call Dale as time grows closer. Tomorrow off to sunny Bisbee, AZ. Thanks, Mimi


HI Dale, I hope you had great Valentine's Day sales! I am heading to Grand Rapids the first week of May where I will visit Patricia's Chocolate in Grand Haven. I might be able to swing by to see your production if invited by you. Know that you are most welcome to come see what I do. Collaboration is one of the things that make working with chocolate fun. I hope to receive your samples in the mail- I am very happy to send you a check to cover cost or pay however you need me to! Have a great day!


that is great Dale. Thanks! Mimi


I don't think she is going down for a while and I'd much rather have the samples sooner than later. i'm expecting a large shipment from one of my providers in a few weeks and If I really like what you have to offer I might reduce my order. Thanks.


Hi Dale, I'd like the larger quantity if doable. I would want to both taste and re-temper and taste to really assess the quality for me. You can either just bill me for cost with the shipment or I can pay you on paypal or pay by credit card. Thank you. I look forward to collaborating more in the future. My assistant Cile is often in Kzoo where her parents reside and I know that she will stop in to say hello and purchase your your confections for us to try.

I am really excited about potential future collaborations!

Will you be sending me samples> I'd love it. Thanks.

My address is P O Box 103. Empire, MI 49630 or physical address is 12020 S Leelanau Hwy, Empire. Happy to reimburse you of course. Enjoyed chatting with you! Sincerely, Mimi


Dale i will appreciate to hear about your experience, I have not made my mind yet as to participate or not in the program, I have never been in an online course


Thanks, Dale! I will investigate the leads you gave me.

Heading to Ecuador on the cacao trail in a few days. Kind regards, Mimi