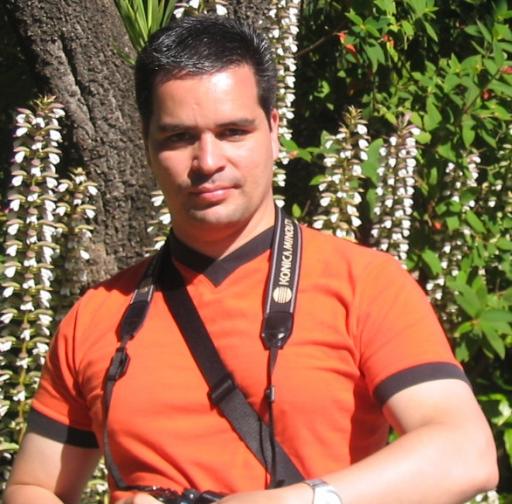 
By Andre Costa, 2009-06-02
After ruminating over and over on what to do next - I have not done much, so any step I take will be a step forward - I decided to take more classes; although I am taking a class at the moment, the nature of it being online does not keep me motivated enough. I need to be there, working the chocolate, networking with other people, in a more conducive atmosphere. The whole online thing is actually a little boring! I am from another era, albeit computer savvy!Anyway, so today I visited the ICE (Institute of Culinary Education) and signed up for three classes. One is not really a class, but a chocolate tour in Manhattan. The tour will be done in a 5 1/2-hour period and a certain number of stores will be visited. We will be able to check the facilities, talk to the owners and try their chocolate.That's going to give me a good idea of what goes behind the scenes in a real retail environment. What equipment they use, how much chocolate they produce, how many people they have running the store at any given time? These are important questions for me and I hope this tour will help me answer some of them - hopefully all of them.The second class is a one called Advanced Chocolate Techniques. This one is a two-day working that takes place on a weekend. The class will cover working with polyethelyne sheets and chocolate color, free-form molding with silicon or cocoa powder, spraying/air brushing, molding chocolate, and gluing/showpiece assembly. At the end of the course, we will bring home a showpiece created by ourselves.I am very much looking forward to this training, mostly because this one is the key that allowed me to take the next one.The third and last one I signed up for is called Chocolate Decoration. Now, this is a really exciting training for one reason only - Norman Love will be giving the class!This class is for people who are working in the area already, but because I am a former student and will have completed the Advanced Techniques, I was able to sign up for this one.It was really great to receive the email confirming my enrollment in all three classes. I felt like I was finally following the path I decided to take a little while ago. Let my new career begin!Next: the search for a tempering machine! That's going to be a tough one.
Posted in: default | 2 comments

What I've Done So Far


By Andre Costa, 2009-05-31
Eve asked me whether I've taken any training so far. I have. One! And there is another one going on now.The first class I took was a one week, 25 hour introduction to chocolate making at ICE (the Institute of Culinary Education) in New York City, where I live.One aspect I enjoyed about that class is the fact that due to internal reasons, the institute had 3 different chefs training us over the 5 day period. That gave us all a good perspective on their personal approach to chocolate making. Quite interesting! I was extremely pleased with our last instructor, who is a very knowledgeable and likable person. Too bad we only had one day with him.The second course I am taking is online - quite not so exciting, I have to say. After going back and forth, I decided to take the online training from Ecole Chocolat. I've heard good things about the training from some former students, mostly the approach they have on starting your own chocolate business.The amount of information they give is astounding, but keeping up with an online course is really not for me. I love the interaction of a hands-on class. I am already behind on two assignments and I need to keep reminding myself I have to finish them.Ecole Chocolat offers a hands-on training in their location in Canada. I am considering taking it this year.So, that's what I have accomplished so far. Almost nothing, but we need to start somewhere. I only need to make sure this does not become another "hobby" of mine - I tend to be a little negative on my take on life (as you could probably see by the way I respond to some forum posts here - I am trying to change that, I swear!), so I think I need to start seeing some results, which will probably help keep me going.Watching what you guys have been doing is inspiring and I hope one day to be an inspiration to someone else.
Posted in: default | 0 comments

The Beginning of my Journey


By Andre Costa, 2009-05-29
First of all, thanks Eve for giving me the kick in the behind I needed to start blogging about my own journey! I needed it. Seeing the photos of what's to become your store made me realize how much I want to go through the same process. I want it! And that's a huge statement if you only knew me!So, before I start, let me give you all a short background on myself.I am Brazilian, but I've lived in New York City since 2001. I just turned 41 this past May and, so far, I've never had an actual career - I've been in the workforce for as long as I can remember, but basically going from one company to another without making much sense of it all. If an opportunity came by, I would take it. Don't get me wrong; I've only been to 5 different companies since I started working, and I mostly spent around 6 years in each, with the last two ones (the ones in the US) averaging less than that.Anyway, for the past 10 years or so I've been struggling with the idea of working for myself, having my own business, etc...problem is, I could never come up with something I really loved, and apparently you need to love whatever you decide to do on your own (that idea is still sort of iffy to me, as I think you can "develop" love for something, as long as you enjoy doing it to begin with).I've had some "a-ha" moments in the past, but they were ephemeral and did not survive the test of time - a week or two was all I needed to go from "I love that" to "I really don't want to deal with that anymore."My last one was wine. I love wine, and I thought I could make a living working with it in some way. Although I still love wine, the passion to actually focus on a business is not there.Chocolate is the belle du jour now. So far it's lasted way more than 2 weeks, which is fantastic. I know I like chocolate a lot, and I know I want to work with something created by me, where I put my imagination to work - and I think that's key! After 10 years searching for something, I finally realized that what I really want is to be proud of my own creations (that was one of the shortcomings of my wine idea - unless I worked at a winery, I would not be creating anything really special, with my own hands!) and I believe chocolate is one of those perfect medium to accomplish just that!Hence (I love when I can use "hence" in a sentence), here I am, ready and willing to begin my journey as a chocolatier (I know! I know! There are discussions about the correct use of the word "chocolatier." Although I don't plan on making my chocolate from scratch, I don't know a better word to describe what I want to become - and "chocolate melter" is out of the question!).I will try to keep you guys posted as often as I can.Andre CostaChocolatier-to-be
Posted in: default | 1 comments
Scroll