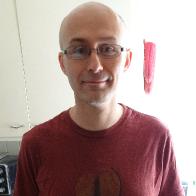 I'm just going to put this out there.

The Short:  They have been using 1/6 HP motors for at least the last two or three years, whereas they originally had 1/4 HP motors.

The Long:  For 3 years of home chocolate making, I used Spectra 11's.  I purchased my first in mid 2012.  I bought a Premier WonderGrinder in 2014 to compare to my original Santha.  I generally liked the Santha more, so I sold the Premier after about five uses.  I then purchased a second hardly-used Spectra 11 in early 2015 from the Classifieds here on TCL.  I noticed a couple of peculiar things with that unit.  The motor was covered in cyan colored paint unlike the motor on my original Spectra 11, which had no paint on the motor.  The newer unit also didn't seem to spin as fast and bogged down easier under a load than my older unit.  Since I wanted to do A/B testing, I didn't want two melangers that apparently operated differently so I sold that unit.

I was still enamored with the larger capacity and stones of the Santha Spectra 11's, so I bought a new Spectra 11 summer 2015 thinking that maybe the used unit was a dud.  Apparently, it wasn't a dud.  Interestingly, the brand new Santha had a cyan painted motor and this time it had a metal motor spec plate on it.  My original unit and the used unit did not have motor spec plates on them.  It turns out the new unit had a clearly labeled 1/6 HP motor.  My original unit had a 1/4 HP, according to the Santha USA web site back then.  I did some testing of both units and sure enough the new Santha behaved similarly to the used unit I purchased in early 2015.

By this time, I was very frustrated.  I did some emailing and came to learn that supposedly the motor manufacturer "changed" motors on Santha and that they were unaware of it.  You'll notice now that the Santha USA web site (under Compare All Melangers) now lists the unit as having a 1/6 HP motor.  It used to say 1/4 HP.  And the comparisons I ran between my original unit and the two newer units seemed to indicate that to me as well.  The old unit = 1/4 HP.  The newer units = 1/6 HP.  (NOTE: all testing was done after each unit's OEM belt had been replaced with a PowerTwist V-link belt and tightened down properly.)

Last August, I sold BOTH Santha's and purchased two new Premier Chocolate Refiners.  I've been extremely happy with them and I can now reliably make A/B test batches of chocolate.  I recently tried to dissuade a new user on another chocolate web site from purchasing a Santha Spectra 11 in favor of the Premier Chocolate Refiner and had noticed that my post had been deleted several hours later.  I'm pretty certain that's because it's not in the other website's business interest to have negative comments about the Santhas.  And I get that.

However, it's a bit underhanded to delete the entire thread, even the original user's questions.  So, now I'm letting you all know what I learned.  Why did it take me so long to write this?  Partly procrastination and partly because we had a new baby born in September.  Either way...this has been my experience.

I still wonder whether Santha knew all along that they switched to 1/6 HP motors.  Perhaps to save money or make more money?  Or it could simply have been like I was told, an error between manufacturers that somehow wasn't noticed.  Hmmm?  Either way, maybe this email will spur them to work on updating their product line to stay competitive.