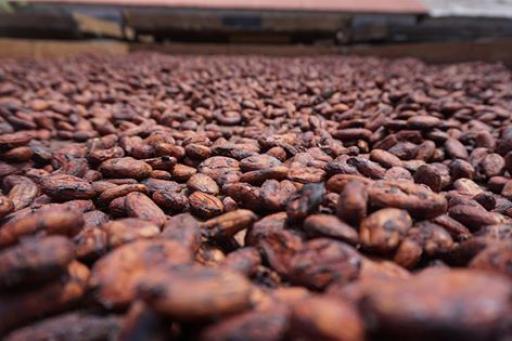 Reading some papers about cacao propagation I stumbled upon a granted patent on embryogenesis procedure on theobroma cacao tree. What I found alarming is that as long as a decade there're methods to introduce external traits to the embryo. Oficially creating a GMO cacao tree.

Here's some extract from the document :

"A foreign gene is intended to mean any gene or polynucleotide not naturally found in cacao. In addition, this technology enables the development of transgenic cacao varieties with improved agronomic performance characteristics, and provides a new experimental system for study of gene expression and function, in cacao. The use of cacao varieties improved via the utilization of transformation technology also facilitates the implementation of sustainable agricultural practices in cacao cultivation, and eventually helps maintain a healthy tropical forest ecosystem."

Can someone confirm if some GMO cacao exists in production farms?

For quite some time now, Ive been in love and fascinated with theobroma cacao, the plant. Whose seed was once used as currency in pre-columbian civilizations in South America I live in Puerto Rico, one of the places the Spanish conquistadors brought seeds and and started commercial production in the 17th century. Historical records show that along with ginger, cacao was the main agricultural crop at that time.

In that same century, the archipelago was hit by a hurricane that affected the crops. Because of food shortages, farmers had to abandon cacao. Almost three centuries later, generations of those original trees, (some people speculate that some naturalized varieties are related to Venezuelas porcelanas), remain hidden at old farms.

It is a fascinating story, but not the one we would like to read on history books and remember with nostalgia. Together with other initiatives, we would like to be part of the resurgence of cacao production in Puerto Rico.

Not any cacao, but one of the finest, social and environmentally responsible in the world.

Ive setup a kickstarter campaign to help us accelerate the plans to bring back Puerto Ricos cacao heritage and reboot commercial production. In addition to the traditional ways of helping us we also are accepting the most popular cryptocurrencies.

We've set up a series of rewards for different pledge levels, including final artisan bars, dehydrated cacao pods (for souvenir or educational purposes) , adopt-a-tree program, and other items that you may find of your liking.

Were open to suggestions and any questions you may have.

You can find more details of the story and our plan at the official campaign clicking the image below :