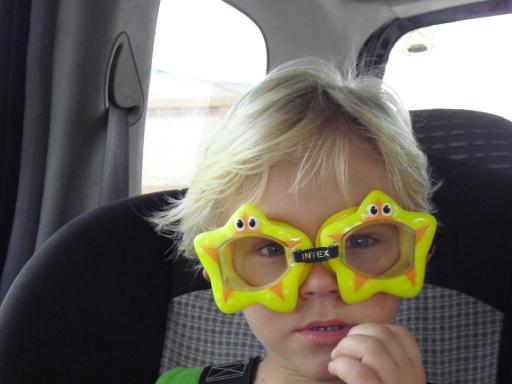 Shifting in to a new chocolate paradigm.

1879 marks a significant shift in the world of chocolate. If you define chocolate as a solid substance that is eaten (not drinking chocolate) that melts in your mouth with a creamy smooth deliciousness, then this is the birth year of chocolate. It was the conching of the chocolate to break down particle sizes and sugar crystals to a fine liquid as well as to reduce the sour flavors, that defined chocolate from that moment on.

Ever since that moment ,it was the chocolate maker who was in the driver's seat for the next 400 years or so. It was a relationship between chocolate makers and cacao plantation owners that made the best chocolates in the world.

During the last 400 years or so of chocolate as previously defined, plantation owners have had to accept the price paid for their cacao. With the advent of industrial chocolate, plantation owners (and their slaves or share-croppers) were generally trained to do as little to the cacao as possible. Why experiment with fermentation or drying when the price will be the same whether it is done properly or not? Leave the rest up to the chocolate factory to make the flavor consistent. Chocolate makers would direct the cacao workers to do what they wanted to the cacao. All the rest of the knowledge and value added was securely in the hands of the chocolate maker.

So Caribeans has discovered that we are one of very few small artisan chocolate makers who are also cacao producers. This affords us the freedom to experiment much earlier in the tree-to-bar process. Since we are adding value from the tree to the bar we also have financial freedom that modern day cacao producers haven't traditionally had. Combine that with the manufacture of very good small scale machines for several steps in the chocolate making process, and we have the chance to make a major shift in the whole economy of chocolate.

It is our belief that someday the best chocolates in the world will be made right in the same cacao forests that give us this miraculous substance we call chocolate. It will be the combined knowledge and freedom to experiment with small batches, which will produce the deeper understanding of what is really going on at the basic level. As cacao producing nations start to see the value added by becoming excellent chocolate makers as well as cacao producers, the local culture will begin to appreciate the art of chocolate. Chocolate is an art after all. It was never intended for massive production. It wasn't supposed to make you fat and give you acne.

This best thing about this shift, besides some of the most amazing chocolate ever created, is that the next shift brings the value and goodness of chocolate back to the current generation of indigenous cacao farmers who were the first to discover it's godly fruit thousands of years ago!

Support the new generation of cacao producers/chocolate makers by choosing to buy their chocolate. Travel to chocolate destinations like Puerto Viejo, Limon Costa Rica and see for yourself who will be the best chocolate makers in the world!

The cacao forest that surrounds our chocolate factory is much like many other forests around here. It was planted about 120 years ago as part of a big push to prevent the Panama disease from reaching the banana plantations in the Caribbean Costa of Costa Rica. Once the fruit was coming, the harvest was plentiful and the cacao was good quality.

Sadly, about 40 years ago a mold called monilla infected the fruit and many cacao trees were chopped down and replaced with banana. Some cacao was simply abandoned and considered dead by the people who were working these hilly areas that were not good for banana.

About six years ago my friend Jeff invited my family to be caretakers of his 13 acre farm here in Puerto Viejo, Limon. Costa Rica. We were just finishing up a volunteer time and were seeking a way to stay and work in Costa Rica. We started a coffee roasting business which turned into a coffee shop called Caribeans.

Once we moved to Jeff's newly built house we began to see that we were surrounded by beautiful mountain forest and within that forest cacao. Many of the fruit were black and obviously old or diseased. However, that first year there was some cacao to harvest so we did and learned about basic fermenting and drying of the beans. With that cacao we made some rustic chocolate with ground cacao and sweetened evaporated milk. Yummy!

Now after six years we are making European style gourmet chocolate! Our production from this property has always been very low due to disease and no strategy for resurrecting this abandoned dead cacao. So we are dedicated to farmer direct relationships with cacao producers. But we have always harvested a little bit from this dead cacao plantation.

Caribeans has a new plan for the Chocolate Forest! Now that we are becoming better known amongst the cacao and chocolate professionals here in Costa Rica and abroad, we have finally begun to learn some of the more successful ways of managing the cacao. Progress has been slow but we have seen some improvement. Through the teaching of Global Creek over the last three of years, we have a renewed dedication to sustainable ways of managing the Chocolate Forest. Through the sweat of some great volunteers we have begun to select zones of management and begun cleaning and trimming trees. The work is tough, buggy and generally uncomfortable. However, the chocolate that is made is all worth it!

Cacao researchers as C.A.T.I.E have been making progress too! Caribeans will be planting great tasting disease resistant cacao amongst the heritage cacao we have here in the property. We can continue to harvest the cacao that is ready while we wait for the new cacao to grow. The cacao forest depends on bio-diverstity. So we are dedicated to our wildlife zones and a natural forest environment for cacao. Visitors to Caribeans Chocolate Forest Experience will be treated to a true cacao forest not just a cacao plantation where the only trees you see are cacao. They will also taste chocolate made tree to bar from the very forest they are experiencing!

So, after 40 years of abandonment these old diseased cacao trees will be called forth once again to produce in all their glory!