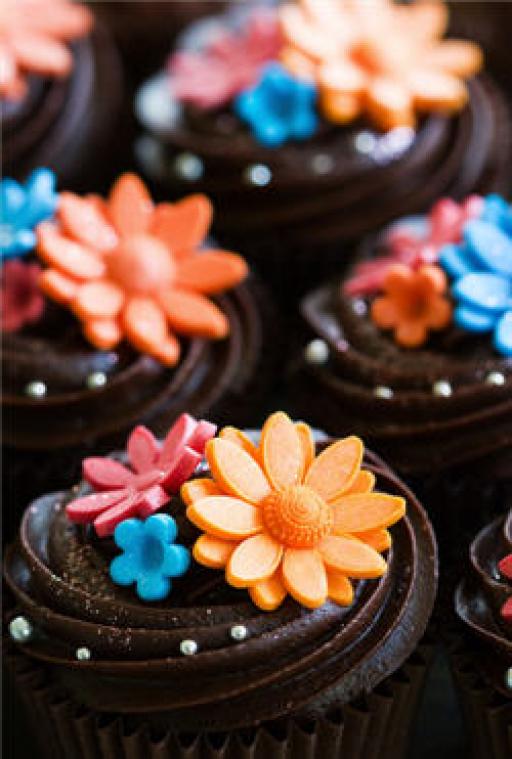 proud to be a Muse


By Gretchen Tartakoff, 2009-01-05
I was feeling like maybe I needed to go to the Nerd Zone to chat because I'm creating an exhibit "The Journey of The Pod" and immersed in books about the history of chocolate, people who made history in chocolate and environmental concerns about cacoa. Maybe I'd fit in. I want to have fun with all this information I have swimming around in my head so I can keep learning new things and share with other Nerd, Starting, Swapping, Brewing people.O.K. I got overwhelmed with the choices. I realized that all of those are great choices from me if I can blend them. I'm truly a chocolate Muse-I love all of those things and then some. I want to be part of the pulse of the future by watching our culture filled with both:then and now. I'm proud to be a Muse and use my energy to build the Bucks County Chocolate Show holding onto history and making it too. A little geeky? oh well, it's ok with me.
Posted in: default | 3 comments

Is red cocoa the latest trend? Is it as precious as chocolate diamonds?


By Gretchen Tartakoff, 2008-12-05
I've been looking for the actual difference in flavor in red cocoa by looking at how it's processed. I'm not sure if there is one or if it's just dark cocoa that has the red hue? Do you have any favorites that I could try out and see that it is different?
Posted in: default | 3 comments

It takes time, it's an art, it's strategy. The business of Chocolate.

Whether it's about calling people to encourage them to enter the 'Cool Chocolate' contest or reaching people with postcards, attending Fundraisers and supporting Community efforts, 'Bringing The World of Chocolate to You' with the 4th annual Bucks County Chocolate Show is happening on April 30th in New Hope, PA. The latest news went out connecting to NY with Best Gay New York. You're already part of the passion, what better place for a meet-up!

There's so much to learn and finding out more every day is what we seem to have in common. So When Jeff called me from Callebaut and we talked about a way to spread the word about the Varietal line of chocolates that they're offering...doing a pre-show demo for Professionals and those aspiring to be, is what we came up with at the Bucks County Chocolate Show.

It's all about The World of Chocolate and I love it!


By Gretchen Tartakoff, 2010-05-10
o.k, maybe it's sort of like the rush you get when you're dating, or maybe it's just the fun of trying new things just because you can. I love trying new recipes. I even try new recipes when I have a party, to see what people think of it.
So, given this great opportunity, I had the feeling that other people who like that same adrenalin rush of learning new thing, creating and sharing, might want to have the chance to share it. Sometimes people just need that first break to get started: at the right place, at the right time, with the right people. Thus~ the incubation of 'Pods' for new business' to 'Beta-test chocolate' at the Bucks County Chocolate Show. Am I crazy? It's just me in my chocolate Muse role and I see it as pioneering a new trend. I'd love to share recipes with you...

Enjoying a new blend of flavors...goat cheese and balsamic ganache


By Gretchen Tartakoff, 2010-04-04
Who knew that goat cheese ganache would be so smooth and obscure in its own way? I figured that with almond milk pulling together the flavors instead of cream and black current balsamic with and added splash of Chambourg....it would happen.

Participating at the local Chamber of Commerce Women in Business fundraiser, I beta tested the results and there was no competition with the traditional ganache....everyone came back for the goat cheese ganache frosted cupcakes~it fits very nicely under the savory and sweet recipes too.

Getting away this weekend to Europe...sort of

I made impish chocolate cupcakes with a black current balsalmic ganache and since, Ive kind of had it with the snow and decided to get away for the weekendsort ofIm going to be at TheStockton Market. Featured on Bucks County Taste, you can see whats there, is amazing. Have you been there yet? Its like a European Market as you wander through the aisle and appreciate the Artisanal quality goods of local business. Its warm with the lighting filtering in from the outside and the variety of things to buy is growing each
weekend. When youre done shopping you can go through to the River Arts Gallery and see what brings a lot of people to the area-inspiration and the creative spirit channeled into art of all kinds. Its easy to imagine that youre
somewhere else when youre in the Market, because it buzzes with energy and life.


By Gretchen Tartakoff, 2009-04-21
It's fascinating hearing how someone from California can uproot and run a plantation and chocolate making in a solar powered space in Panama. Dave Cerutti and his wife are doing an amazing job with ecotourism and chocolate making and have a lot to say. Check out the interview for more info www.buckscountychocolateshow.com on 'The Journey of The Pod tab'.
Posted in: default | 0 comments
Scroll