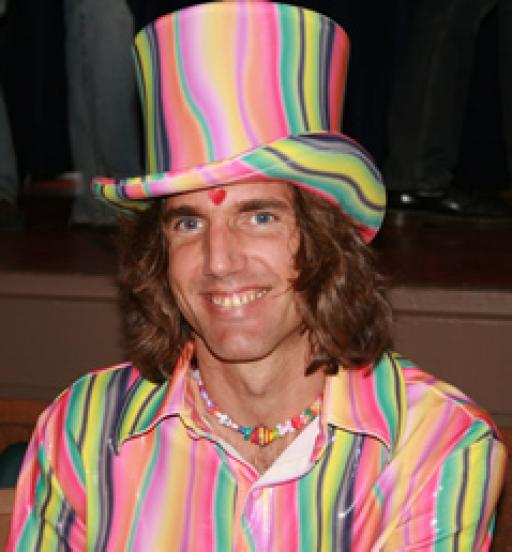 Steve Adler, M.S., D.D. (Doctor of Divinity), AKA "Sacred Steve", is an ordained minister and chaplain in Spiritis Church.  Steve also holds a bachelor’s degree in mechanical engineering and a master's degree in aerospace engineering from Stanford University.  Steve's first career was as a thermosciences engineer working on the design of the propulsion modules on Space Station Freedom.  Later, Steve, along with a childhood friend, started NowComp, a computer brokerage company.  Initially inspired by Anthony Robbins, Steve’s interest in raw foods grew in the 1990’s culminating in the creation of NatuRAW, an online store focused on the Raw Food lifestyle.

Inspired by the works of Glenda Green (www.LoveWithoutEnd.com), Steve’s mission is to teach humanity about the power of the Sacred Heart and the true relationship between the mind and the Sacred Heart.  He believes that one powerful stepping stone to empowering the Sacred Heart is through the raw food diet.  Steve loves to speak on the subect of his personal spiritual path.

Being an alchemist by nature, Sacred Steve is passionate about his creations—his most alchemical includes the mystical substance known as ORMUS GOLD.  When he’s not experimenting with new recipes, Sacred Steve loves to spend his free time with his family, lecturing and meditating on the miraculous power of the Sacred Heart, and communing with Nature.  Sacred Steve has always held a vision of Mother Earth covered in luscious fruit trees.  As a result Sacred Chocolate® supports the Fruit Tree Planting Foundation. (www.FTPF.org).

Posted a response to "vegan milk and white chocolate"
" Hi, I make a VEGAN MILK and VEGAN WHITE chocolate that you may be interested in.  I sell it in bars, bite sized pieces, and 5 lb blocks...."

@sacred-steve • 6 years ago • comments: 0
Rated a Galleries item created by @sacred-steve with a 5:
Sacred Steve 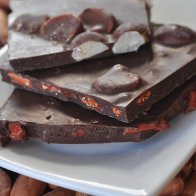 06/23/10 12:56:24AM @matt-caputo:
Steve,Talked to you a while back. People have started asking for raw chocolate in our store. We carry over 325 dark chocolate bars. I have never been able to find a "raw" bar that tastes decent. Would you be willing to talk about us carrying your chocolate?Thanks,Matt

04/19/10 05:43:12PM @sirius-chocolate:
Well, I certainly wasn't aiming at imitating your label. I suppose we are on a similar mission, activating similar archetypes!Im friends with Zan Adu in Fairfax and she said someday she would connect us to tour your chocolate factory!btw- nice website redesign. It looks great!

12/06/09 01:54:51AM @sacred-steve:
A recently released European study entitled: "Cocoa polyphenols and their influence on parameters involved in ex vivo skin restructuring"conducted by P. Gasser, E. Lati, etc. indicates that cacao polyphenols have impressive skin-healing properties. Cacao polyphenols are antioxidants that are being researched for their potential role in preventing disease. The cacao polyphenols improved several ex vivo indicators of skin elasticity and skin tonus, namely, glycosaminoglycans, and collagen I, III and IV.